This is a long overdue post about how we border-boxed all the things on github.com back in 2013. It was one of my first projects after joining GitHub.

When @paulirish’s border-box post first came out, it was discussed internally as something that “we should probably do.” But then we didn’t, because:

Wouldn’t it require we rewrite every element with a width/border/padding?

I’m pretty sure the internet would break in half if we added that rule in today.

The main problem was that it wasn’t easy to find out which bit of code would need to be changed just by reading them. It felt at the time like a very big refactor project, and just too big for any single person to tackle.

But every once in a while, you get a new designer onboard, say, someone like me, trying to disturb the water. In my first month, I sent at least 5 pull requests trying to fix box-model weirdnesses in github/github.

We really needed it.

I learned that the rule was something that all the CSS-writers working in the github.com code base want, and we just needed to find a way to do it and not break the internet (well, github.com) at the same time.

After some deliberations, we decided that we would team-ship the rule * { box-sizing: border-box; } to just a group of people that volunteered to be in the @github/box-model-shipperheros team. These people would live with the broken layout everyday as we use GitHub to build GitHub, and try to fix them one at a time. The code looked like this:

While adding a fix, we would slap on @include box-sizing, with the idea that when we’re done, we’d remove them all.

The whole process took about 4 months, before we decided that we had probably covered 99.9% of the website and that it was safe to ship. 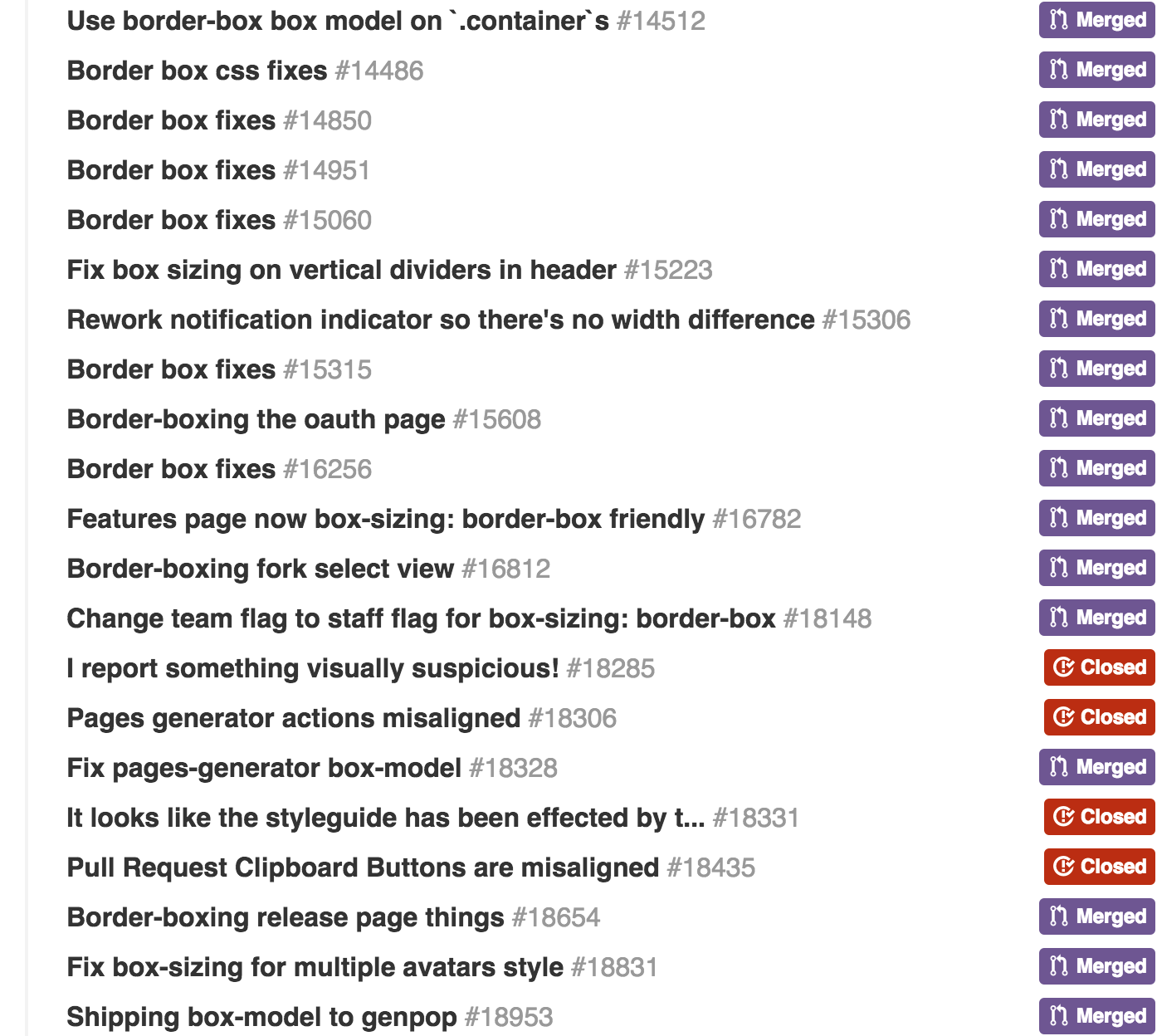 And then, we all became happier human beings.

Find out more about GitHub’s CSS by @mdo.